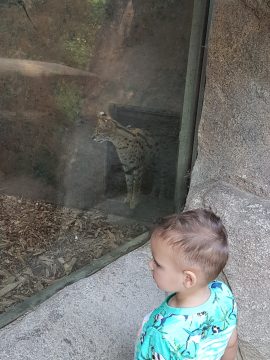 There are different generations Savannah cats. It is indicated by the letter F and a number. The number tells you how many generations the specific Savannah cat is removed from the Serval, its ancestor.

Sometimes the generation number is accompanied by a letter. They have the following meanings:

C: Both parents and all grandparents are Savannas, but at least one great-grandparent is not a Savannah.

SBT: The kitten has at least three generations Savannahs above him and is regarded as a ‘pure’ Savannah.